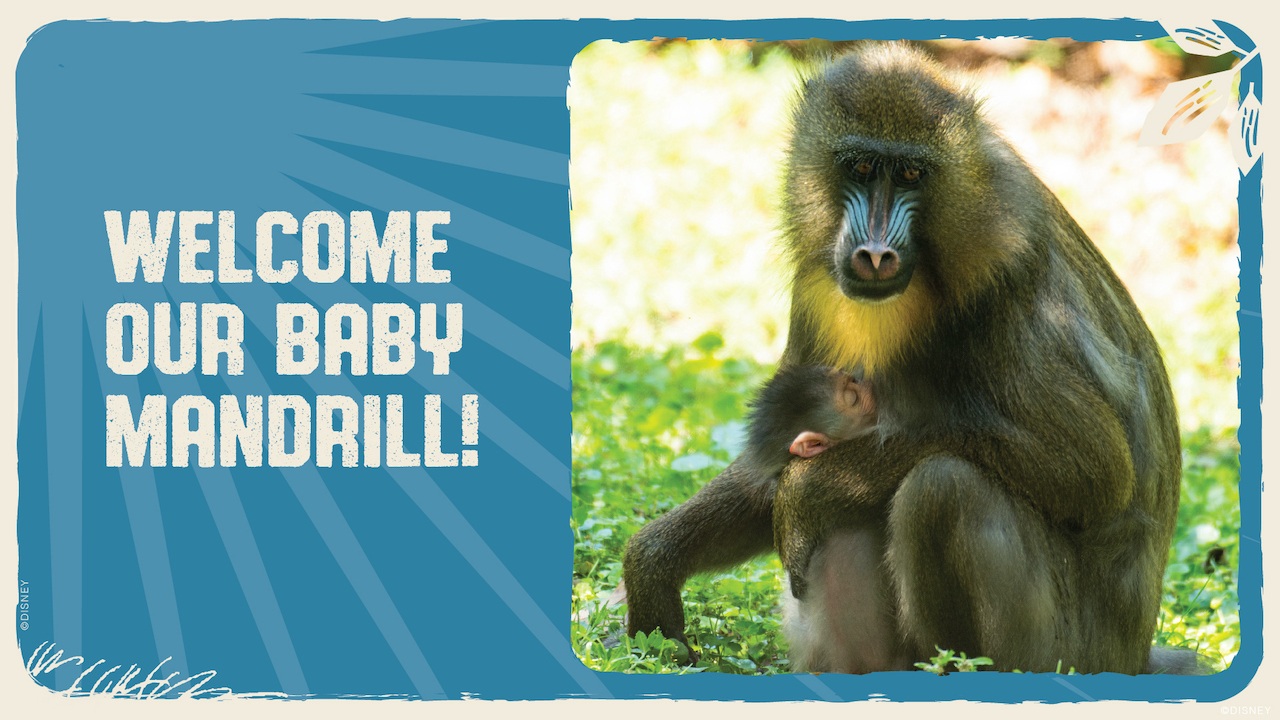 It’s a girl! Disney’s Animal Kingdom has announced that a female mandrill was born Saturday, April 10 to mom Hazel and dad Linus.  This is Hazel’s first baby and Animal Kingdom cast members have named her Ivy.

Both mom and Ivy are healthy and have been spotted by guests roaming Kilimanjaro Safaris.  Ivy is still clinging to mom, Hazel’s stomach and should for another week or two.  Mandrill’s are usually walking on their own within weeks of their birth.

Ivy will join a troop of seven other mandrills that call Disney’s Animal Kingdom home.

Mark Plante and his family have been visitors to the Orlando area for 15+ years. They are using information, tricks and knowledge that they have accumulated during that time to create this blog.